I sometimes leave a piece of my heart in places I visit, places that touch me on a some kind of a deeper level, whether reminding me of something long forgotten or summoning me to come back to discover something not yet found.  I left a wee bit of my heart in Scotland.  I was mesmerized by the sheer beauty of the countryside, the rolling hills and planes of Low-lands, the gorgeous mountainside and lochs of the High-lands, the rolling rivers and streams, the fertile, rich farm land…  Granted, the weather helped, we managed to hit a whole week worth of un-Scottish like weather.  The warm spring sun glistening of the green fields, filled with either grazing grass or bright yellow of canola flowers.  The wild flowers everywhere, the flowering fruit trees and the beautiful English gardens beyond the hedge of every cottage, seems unreal, almost fairy tale like.  The ruins of castles set upon the most picturesque of lakes, made me think of fairy maidens and their white-horsed knights.  Having grown up on legends of the medieval kind, I had imagined Scotland in a certain way; it was exactly how I pictured it and even better, because it was real. 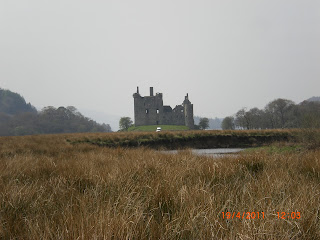 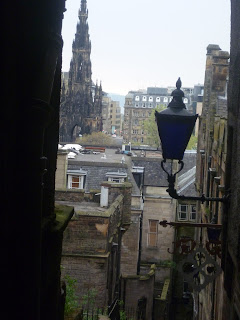 All the sheep deserve a special note.  During early spring it is lambing season, and Scotland’s sheep population explodes to twelve million.  Mind you, there are only about three million Scotts.  The sheep are everywhere, each meadow, field or a green patch of grass is a grazing ground for them.  They are like little white clouds set alone the landscape.  The little lambs, barely standing, are trailing alone after their mothers.  Do I need to mention that Scottish lamb is most prized and tastes nothing of the lamb that I have tasted before?  Free to graze on the fields, basking in the sunshine from morning to dusk, sheaparded only by border collies, these are indeed the tastiest lambs in the world. 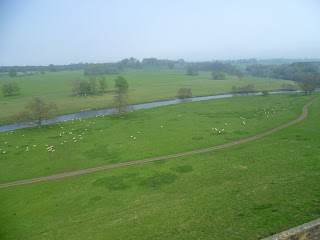 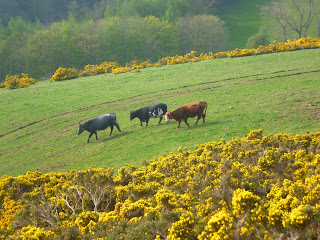 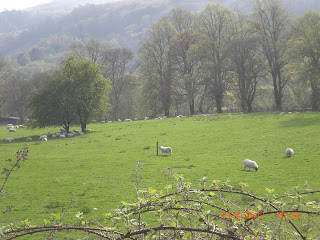 Sheep are not the only ones enjoying the good life in Scotland; cows are free to roam the fields as well.  The long haired High-land breeds as well as plain cattle play out the Happy Cow commercial right in front of your eyes, naturally, the steaks and burgers taste a lot better than the ones you would encounter at your local market.
The Scottish food staples consist of fresh seafood coming each morning directly from the lochs (Gaelic for lake) and the North Sea, lamb prepared each and every way imaginable, steak, beef cheeks and haggis.  The prized salmon is all you would expect it to be and so are the scallops and the haddock.  I sampled some of the fresh river trout and it was buttery and slightly pink in the flesh.  Lamb is delicious and tender and cooked rear in most places. 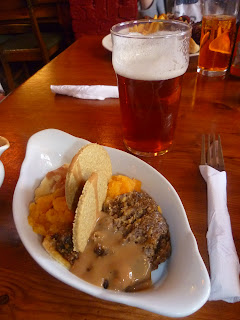 Having earned a scary reputation with Americans, haggis is nothing to fear of; it is perfectly delicious if you don’t think too much of what is in it. Someone having strong aversions to internal organs should probably stay away from it, but if you are open minded enough, there is nothing more satisfying on a chilly day.
The food is somewhat heavy, meant to ward of the bone chill and dampness of typical Scottish weather.   Of course it needs to be washed down with whisky, Scotch to be exact.  For a tourist, such as me a proper Scotch tasting lesson is a must.  I now know that four different Scotch producing regions manage very distinct tasting whiskies, from smoky varieties of the west to citrusy and fruity varieties of the north and south.  We attended a whisky tasting sessions which can only be compared to the intricacies of tasting wine.  After seeing a 3,500 bottle single largest collection of whisky in Edinburgh and having a private tasting at tiny shop in a one-horse village by the loch, I might just become a convert. 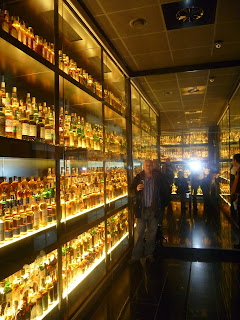 Some of the most memorable dishes included a wild rabbit terrine and venison cooked to perfection.  Fish and chips takes on a different meaning as the fresh caught haddock is beer battered and fried almost whole, tasting still of the sea.  It is not the greasy concussion one might imagine, but a light (as gazillion calories can be), satisfying snack. 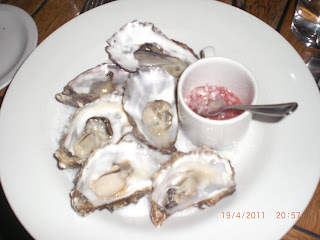 Oysters were a treat, served over salt, not on ice, with just a wee bit of red wine vinegar and none of that hot-sauced-horse-radish nonsense we get on this side of the pond. 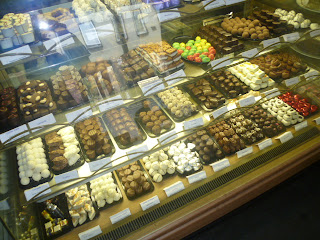 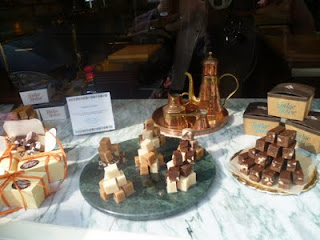 Fudge is also a big favorite, done to perfection in an array of flavors. 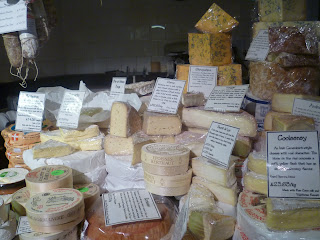 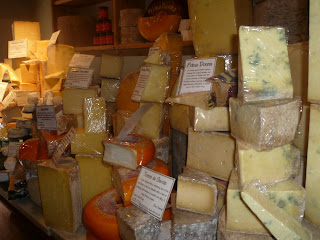 The local cheeses, mostly sheep ones are in abundance.  Cheddars are most prized and soft cheeses with recipes going back centuries. 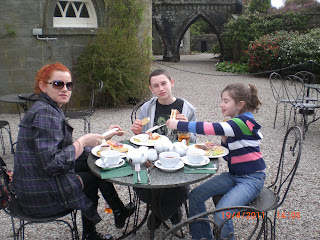 It is always nice to have a proper afternoon tea especially if it in a garden of Duke of Argyl castle.  A tea tradition is kept with little sandwiches and biscuits and small belied tea kettles.
I did pop my head into a local Edinburgh supermarket and was presently surprised with the milks advertised by origin (Scottish vs. British) and not  whether they are organic or not ( all are.. it’s the law).  It was amusing to find eggs stored un-refrigerated in the great European tradition.  No meat or fish was to be found in the general market; of course you must visit the butcher and your fish monger stores for those. 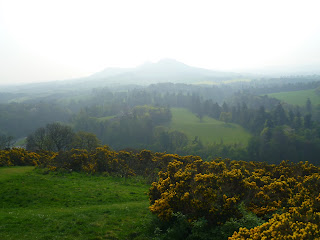 Something tells me that I will be traveling back to Scotland in the future, to the cloudy sheep and grazing fields and most breathtaking views of centuries old land.  In the meantime, as a struggle to join my day to day life, I will continue to say “wee” for little, and “oi” for yes, a wee bit longer…. 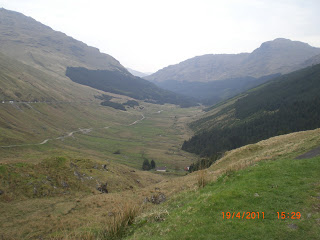 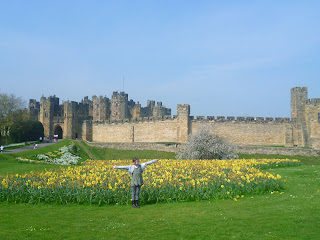 Who needs Anthony Bourdain or Andrew Zimmern any more?
Once again, great post! U should travel out of US more often.

I am afraid I will start loving more of your writting rather than cooking :) it is always great to "hear" you write. Great post!!!

I.M.
I knew I loved to eat… I just did realize how much! And I like feeding people, like family and friends, and seeing the food disappear and hearing the ‘Yummm” and the “Wow’s” and empty pots and pans afterwards. I would love to eat my way through the world, but until I can travel everywhere, I will try to cook my way through it.